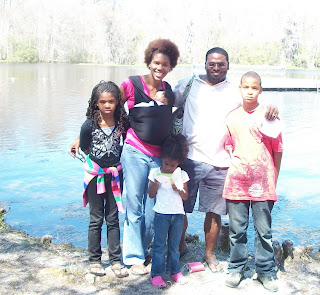 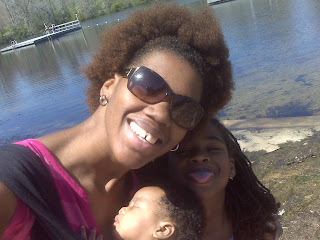 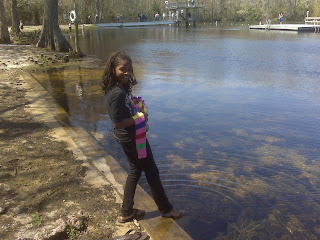 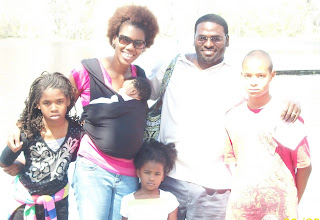 One guess who's not happy?
And why? 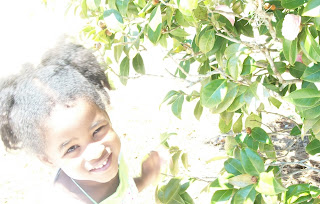 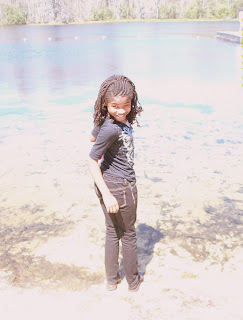 Hannah wanting to dive in!

Posted by Tanashia at 1:04 PM 2 comments: Links to this post

What was I thinking? Cloth what? Yes, cloth diapers (CDs)! During my pregnancy Leonard & I decided that we would use cloth diapers for baby Maggie to save $$$$ & the environment. I did alot of research online, attended a CD class, and worked with a great local vendor (Jen Starks @ Ecological Babies). My initial stash consisted of several dozen pre-folds with Thirsties Duo covers, 2 bumGenius, a GroBaby starter pack, and one FuzziBunz. Jen suggested that I try out a few different ones so that I can choose which one works best for me & my baby. I am soooo glad that she recommended that. Initially I was sold on the bumGenius and was going to invest in several of those. Nine weeks into using my stash, I have a different opinion. 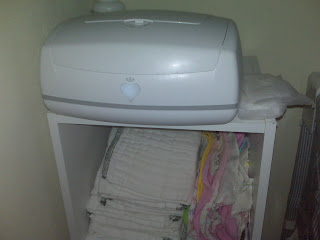 To say the least, this CD journey has not been completely smooth. We've had a couple of bumps in the road. First, Maggie developed a rash at 2wks. The only time I've had to deal with a diaper rash is when Hannah had massive diarrhea when she was about 12mos old. Why did Maggie have one now? So, this was a little discouraging at first. Unlike disposable diapers, common diaper rash ointments/creams cannot be used with CDs because they ruin the diaper. And I did NOT want to have to buy a disposable diaper. I immediately starting using a CD safe ointment called the Magic Stick. However, after a couple of days of using it, the rash appeared worse! I was ready to pull my hair out. I did what I didn't want to do and bought a pack of disposable diapers & Desitin. I continued to change her diaper every 2 hrs around the clock & slather her bottom with Desitin for a few more days with NO improvement. The Ped said it was yeast and prescribed Nyastatin & Triple Butt paste. So, after another week of disposables there was minimal improvement. Then I found a cure in Motherlove's Diaper Rash & Thrush ointment & it was ok to use with CDs! Actually, a friend recommended it & I should have used it from the beginning. It literally worked overnight! 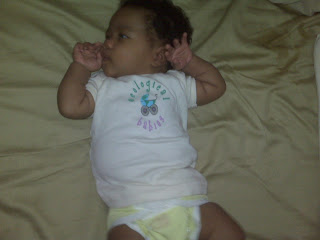 Our second bump was figuring out the best way to wash the CDs. See, we have a front load HE washer that uses cups of water (not gallons) to wash. I knew that breastmilk poop was water soluble & did not have to be removed before washing. Yeah, that's true if you DON'T have a HE washer! I would go to remove the diapers from the washer & ALL of them would be covered in speckles of yellow seedy poop. Now what? I certainly wasn't going to buy another washing machine. The point here was to SAVE $$$! Then I remember one of my baby shower gifts....a bumGenius diaper sprayer. I finally figured out what cycles and how many with what temp to keep our stash "so fresh & so clean clean!" 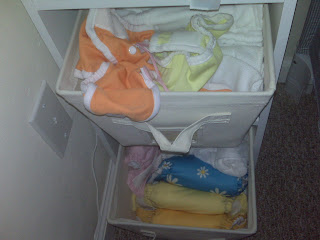 In short what I have learned thus far:

So, 9wks in & no regrets! Maggie is starting to sleep a little more at night & I'm trying to figure out the best diaper for night time. The jury is still out on my preference for the BEST diaper. Hands down, the pre-fold with cover is the most reliable....no blow outs or leaks yet!

Posted by Tanashia at 5:52 PM 5 comments: Links to this post 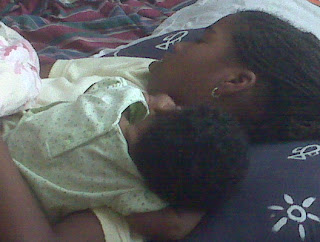 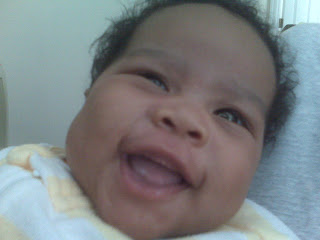 Big smile for the camera 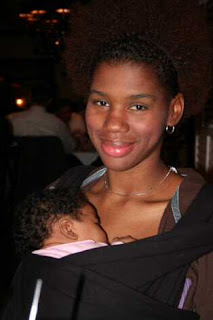 Dinner with Mommy in 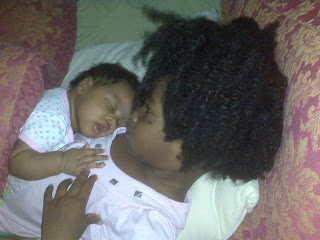 Posted by Tanashia at 6:06 PM 2 comments: Links to this post

Tanashia
I am a child of God, a wife, a mother of 3 daughters, and a Labor & Delivery nurse. I have a passion for birth & parenting. Join me on my journey through life.

Thoughts I Parent By....

What I'm Thinking About....